You are here > Meet the Board > Malcolm Baker 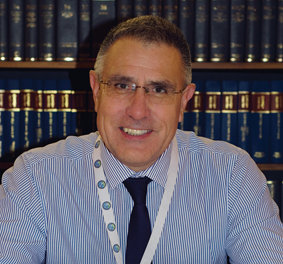 Responsibilities: To help and support the CEO, Staff and fellow Board members to continue to run East Boro as a successful specialist housing and care provider.

About Malcolm: Dorset born and bred, originally from Weymouth but has lived in East Dorset for the past 31 years. Married with two (sometimes) grown up children.

Career history: Malcolm worked for Nat West bank for 37 years, including several of these as the Bank relationship manager for East Boro. He has recently taken voluntary redundancy and has joined Morris Lane, Accountants, in Poole as their new business manager.

Malcolm says: "Having been the Bank Manager for East Boro I was impressed by the dedication of Kevin and his staff. So I joined the Board as I love the ethos of the company and wish to play a part in its journey."