" We seek to provide an effective, efficient and caring service to our customers " 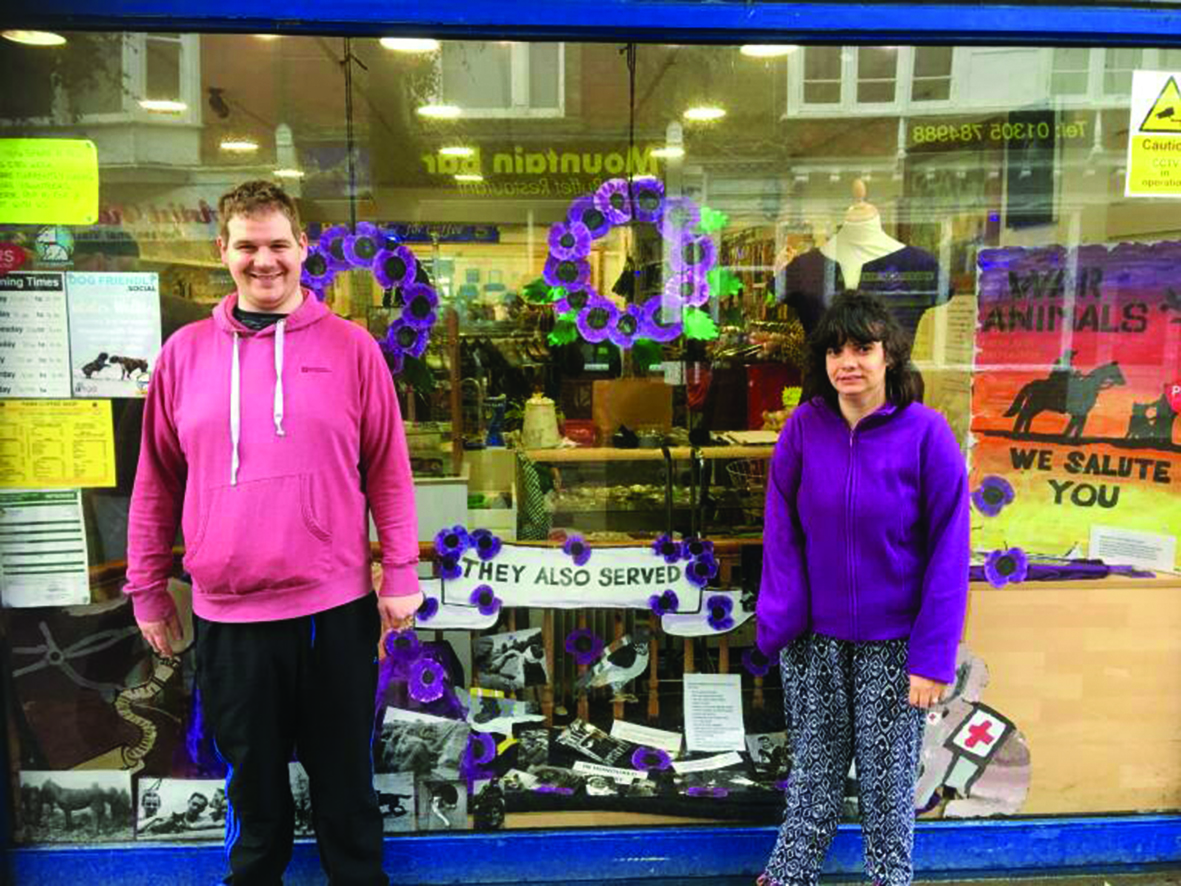 A CHARITY shop in Weymouth is raising awareness for animals that served in wars with a special window display.

The window was designed by twenty three people from East Boro Art Group over two days.

Based at the Waverley Arms in Weymouth, the group provides a small group of creative people with additional needs to express themselves artistically within a safe and inclusive environment. They have also helped out with many other local events, such as a recent Halloween event at the Nothe Fort.

The window of the society's store in St Thomas Street in the town centre has been decorated with lots of purple poppies and photos of animals that served in armed conflict making up the display.

Nick Seymour who runs the group, said: "They are a group of creative people with learning difficulties and 'complex needs', a social group that gets together twice a week. The Arts Group have also supplied artwork and designs for other projects such as the zombie night at the Nothe Fort, Pride in Weymouth Pride and other local projects, supporting and being part of the local community."

Ahead of Remembrance Sunday and Armistice Day, when people across the country turn their attentions to paying their respects to people who gave their lives in war, Weymouth and Portland Animal Welfare Society also wants to pay tribute to all the animals who served alongside humans.

The Purple Poppy is a campaign similar to the Royal British Legion's Poppy Appeal, except it aims to raise awareness of the animals that lost their lives during wars instead of people. Many animals have given their lives during wars, from horses in cavalry divisions to intelligence pigeons delivering coded messages, but the society is particularly keen on remembering the cats that were used in wars.

Maxine Seymour, the store manager said: "During the First World War, half a million cats were taken to the trenches for vermin control but also as well loved pets. "The cat had a meaning of normality for the soldiers, something familiar. A cat meant peace and home and gentleness amid the horrors of war. "Quite often these animals are overlooked. They served and should be recognised for it."